This study deals with the investigation between teaching methods and learning style. The process in conducting the study, two classess were chossen as sample in sixteen classes. The implicit and explicit methods choosen to know which method gives significant effect to the students deals with their learning style, holistic and sequential learners. The study focused on student’s writing ability, recount text. The first class used the implicit method as the experiment class and the other used explicit method as a comparison class. To see which methods were more effectives to introduce the simple tenses that are on the recount text. It also to see whether learning style gives significant effect on both method. The result of the study suggest that the materials given are not deep enough to see the difference on both methods. It was suggested to provide more materials related to the structure of grammar to deeply see the difference between the methods.

Gebhard, G. J. (2000). Teaching English as a Foreign or Second Language: a Teacher Self- Development and Methodology Guide. USA: The University of Michigan Press.

Snow, D. (2007). From Language Learner to Language Teacher: An Introduction to Teaching English as a Foreign Language. USA: TESOL.

Wallwork, A. (2011). English: for Writing Research Papers. Cited on Nicholas Highman on Handbook of Writing for the Mathematical Sciences, New York: Springer.

This work is licensed under a Creative Commons Attribution 4.0 International License. 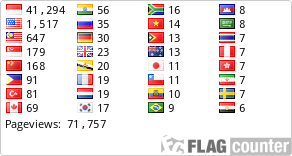